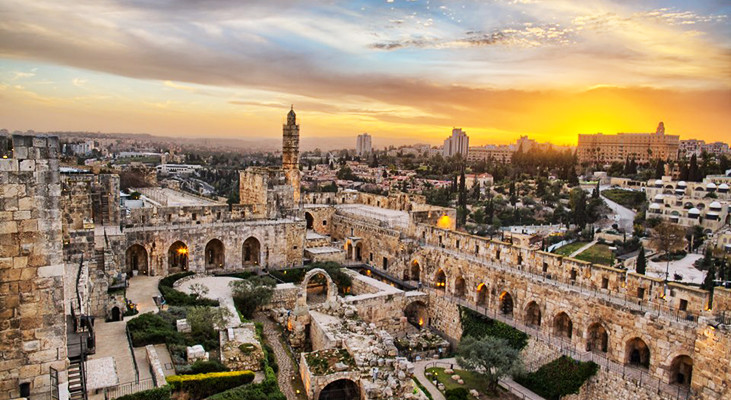 “In the third year of the reign of Jehoiakim king of Judah came Nebuchadnezzar king of Babylon unto Jerusalem, and besieged it . . . and the king spake unto Ashpenaz the master of his eunuchs, that he should bring certain of the children of Israel . . . (Dan. 1:1-3).

Daniel stands on the crossroads between two disparate worlds. 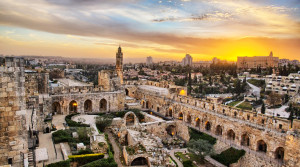 Behind him he casts his mind’s eye to the Holy City, the source of his identity and citizenship. Signposts of God’s previous acts of deliverance mark nearly every step of the way traversed into exile. The Temple, a symbol of God’s gracious presence, and all of the holy ordinances slip over the horizon. His dreams of a life in Jerusalem crumble as enemies of God haul him away in shackles, a captive slave under a foreign regime.

Daniel gazes upon the bastion of pagan unbelief sprawling before him. Ancient Babylon had ascended to the world stage, a superpower, a proud city, a city of pompous ostentation. He enters through gated walls so wide horsed chariots gallop on top of them. The city streets brim with the best wares the world has to offer. Exquisite gardens, delectable cuisine, famed academic institutions – they are all within reach.

Rather than being confined to the meager status of other captives, Daniel’s intellectual gifts draw the attention of his masters, and they assign him a place of potential prestige, along with the related comforts, thereby pressuring him to adopt their corrupt conduct. Daniel did not know the full implications yet, but his life was about to be squeezed between the incongruity of Jerusalem and Babylon.

Though living in Babylon, Daniel’s heart is synchronized with Jerusalem time. Even under the impending threat of death, he continued to pray with his face gazing through a window toward Jerusalem (Dan. 6:10). When well advanced in years, he would retain the sight of the evening oblation in his memory and mark his daily schedule accordingly (Dan. 9:21). Even as he conducted his outward affairs in Babylon, Zion continued to captivate his mind and heart.

This collision of ideologies continues to exert an influence upon believers throughout history. Notably, the Lord portrays a cosmic conflict in the book of Revelation as war between Babylon and the New Jerusalem.

Like Daniel, we are citizens of heaven living amidst competing forces. Wherever God has assigned our national residence, the believer remains an exiled alien with a heart fixed on the homeland, compelling us to “set our affections on things above, not on things on the earth” (Col. 3:2). If we fill our day in secret communion with God, then love for God will spill over into the priorities we pursue, the money we spend, the lifestyle we adopt, the attitudes we exude, the friendships we forge, and overflow every other area until life becomes a sea of godly living. Daniel reminds us to persevere in the world while refusing to belong to the world.

During this pilgrimage God puts a melody in our mouth – the Lord’s song, raised within the foreign land of temporary exile. In Psalm 137:5-6, penned alongside the banks of Babylonian rivers, we cry, “If I forget thee, O Jerusalem, let my right hand forget her cunning. If I do not remember thee, let my tongue cleave to the roof of my mouth; if I prefer not Jerusalem above my chief joy.”