I’d dash off a note to you and let you know how things went at the slum church, Hope Fellowship on Sunday, our last day in India. Church is held under a covered area outside the church planting pastor’s (named Ravi) home, who lives in the slum area as well. There were about 60-70 in attendance. Sunday being a regular work day, many have to work or they don’t eat. The larger service is actually on Tuesday, because the electricity in the area is off that day, providing an opportunity for everyone to attend..

They asked Rob to preach a simple message from John 20 on the resurrection. He did a great job preaching, weaving in the gospel clearly. About half in attendance were unbelievers. Several times a year, Logos gives the widows some food which will last them about 4 months. One of the pictures shows the contents of each gift bag, and another show them carrying the 50-lb bag away on their heads. Widows are not supported in the Hindu culture. Most of them that were there are still unbelievers, but many were incredibly touched by the love with no strings attached. Ravi says he is careful to not immediately share the gospel so as not to be perceived that he is trying to bribe them. He wants to be sure they see it as a no strings attached gift of love given in the love of Jesus.

It was a powerful and challenging time listening to Ravi share afterwards about his early struggles and his vision to have at least one believer in each family in the slum area. I am not sure how many families that entails, but I would guess a few thousand.

We arrived last night at Rev. Parthee’s home, the Sri Lankan pastor in Vavuniya (pronounced “Vav -oon-ya” with the accent on the middle “oon”) last night about 9 pm. Rob and I had been up since early Sunday morning, having had to leave the hotel just after midnight on Sunday night for the airport. Our flight arrived mid afternoon and then we had a 6 hour drive. The weather here is mid-90s, very humid, and no air conditioning, so our I get to experience it as though it were a hot July in St. Louis before the advent of a/c. Part of our coming here is also a pastoral visit for Parthee, who was trained at my denominational seminary, the Free Church of Scotland (Continuing), and is sponsored by them as a mission work for church planting.

There will be two days of training, on Friday and Saturday. I will take Friday, which will be regarding men as leaders in their home. Today as is recuperation day, though Parthee is going to show us some historical stuff. Wednesday is TBD and Thursday we will have a prayer meeting, at which I’ll give a 45 minute talk on something. The three main rules in short-term missions are flex, flex, flex, so we appreciated continued prayers for being a blessing to Parthee and his wife, and the work here, as well as for our physical coping ability.

Thanks for your notes and prayers,
Randy 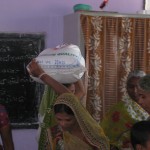 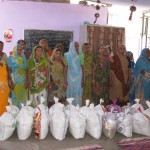 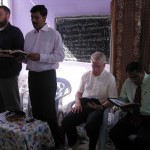 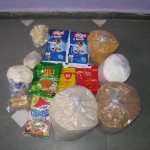