Children, this post is especially for you. I have attached some pictures of wildlife found deep inside Ahmedabad, a city of over 5 million people. I captured all of these sights on roads in between where I sleep and where I teach. Plentiful numbers of cows fill the streets along with a million mopeds and motorcycles.

So here is a question for you: How can cows be as common as cars? More to the point, how do these cows survive without a blade of grass anywhere for miles? Can you guess? Answer: the Hindu people consider cows to be holy, even gods. So whenever a person feeds a cow they believe (wrongly) that they receive a special blessing from the gods. The prospect of blessing motivates 5 million people to fill the faces of these four-footed beasts, even when their own mouths are empty. (It also provides further incentive for not crashing into one – you’d be cursed forever.) I also wondered about who reaps the benefits from this enterprise (besides the ones mooing) – typical capitalist. The people who own the cows get the milk, while all their neighbors foot the feed bill. Now lest I make this sound too rosey, most of these cows look pretty grim (as the pictures reveal) and many spend the day eating scraps of garbage in order to survive.

“Professing themselves to be wise, they became fools, And changed the glory of the uncorruptible God into an image made like to corruptible man, and to birds, and fourfooted beasts, and creeping things.” (Romans 1:22, 23)

Children, idolatry breeds spiritual insanity in every soul. Is it not obvious? The cows (their gods) depend on the people for survival. They cannot exert enough “divine” power to even eat, and yet the Hindus are captivated by superstition and slavish fear that the gods will bless or curse them.

Remember these lessons next time you sing Psalm 115.

And remember the words of the Apostle John: “Little children, keep yourselves from idols. Amen.” (1 John 5:21) 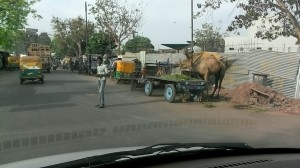 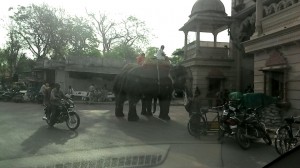 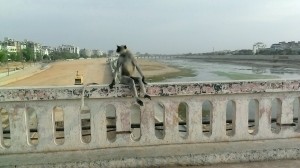 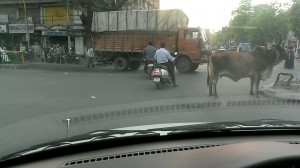